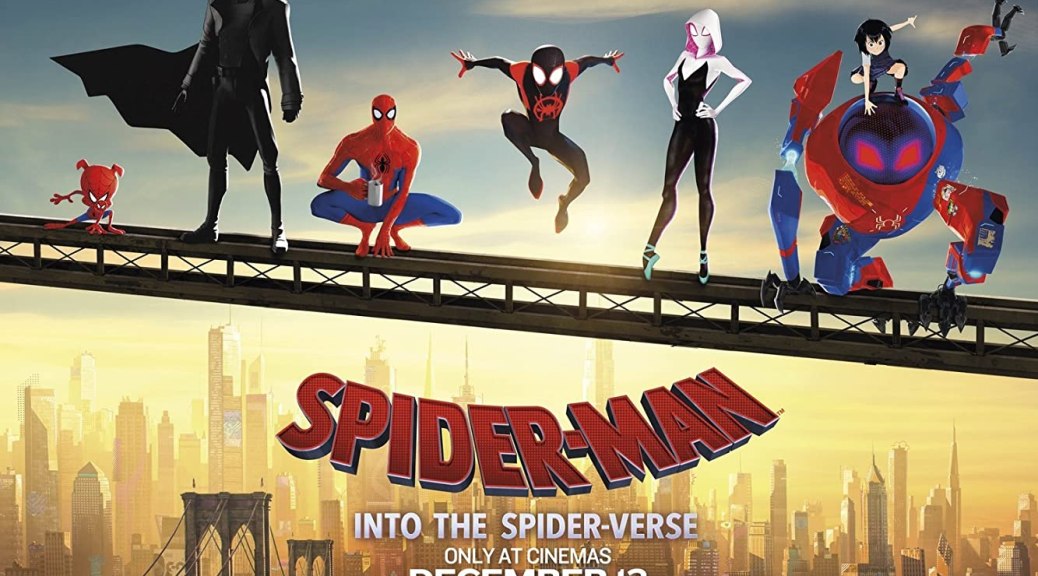 I have never been an overt fan of either comics or superheroes, especially the latter. I just don’t find superpowers (especially when the same person has more than one) inherently interesting. It often feels like the protagonist has a cheat code and they’re fighting other people with cheat codes. Of course, like any genre, good writing can overcome that. Into the Spider-Verse is impressive on all fronts and probably my favorite superhero movie.

It’s impossible to talk about this movie without mentioning the jaw-dropping animation. Not only is it meticulous, but visually arresting pretty much non-stop. I appreciate how our main character Miles changes from more “normal” animation to comic-book style as he becomes Spider-man. And no doubt there are about forty-billion Easter eggs, of which I caught only a handful. The only complaint I have is that the animation was so overwhelming at times (especially in the intro) that it gave me a slight headache.

As for the plot, it’s not terribly different from your standard superhero story, but it’s punched up whenever it can be. Our protagonist is black, which is always welcome (perhaps not coincidentally, Black Panther is also one of my favorite superhero movies). The alternate universe theme tickles my sci-fi predilections and is played for constant laughs. Just when the movie is getting a little too intense for my tastes, in comes Spider-Ham, played to perfection by John Mulaney.

My only other mild complaint is the end-game, which has a few too many climaxes for my taste. I’ve never liked the all-out brawl no matter how well done, and much prefer my hero/bad-guy confrontations to be short and sweet.

As of this writing, Into the Spider-Verse is 66th all-time at IMDb. No doubt that ranking will come down a little bit over time, but given its ambitious nature, diverse cast, and frequent and irreverent humor, it will likely be enjoyed for years to come.

2 thoughts on “Spider-Man: Into the Spider-Verse”