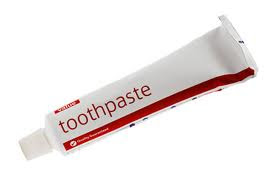 You can write about whatever you want, but your story has been heavily sponsored, effectively turning the story into one big product placement (for a single product, not several). Whether the story is dramatic, comedic or whatever, the reader is left knowing that they’ve just read a subversive commercial.

Maria was flush. Her consort was as gorgeous as advertised and proving to be quite the lover. And all they had done so far was a little necking.

“What’s that perfume you’re wearing?” he asked, nibbling on her ear.

“I’m not wearing any,” she moaned.

“So you smell this good all the time?” he smiled.

Damn he was a charmer. She ripped off his shirt, literally, and threw it on the floor. He looked genuinely surprised. “I hope that wasn’t an expensive shirt,” she cooed.

“Nah,” he said. “Just something generic I grabbed off the clearance rack.”

“And you’re frugal, too!” She got down on her knees. Her hands wrapped around his pants; she gave a gentle tug, then stopped. He gave her a quizzical look. “I’m sorry,” she said. “I have this thing…”

“I just have to brush my teeth first. Is that weird?”

She stood up as gracefully as she could. She turned to the bathroom, sashaying her hips for him to keep him at attention. “What kind of toothpaste do you have? Something minty, I hope.”

“I just ran out this morning!” he called. “Just use one of the travel samples you get from the dentist. I keep them in the medicine cabinet.”

She opened up his cabinet. She looked at all his medicine looking for anything weird. Nope. Just a normal dude. She grabbed some toothpaste and used her finger to brush her teeth. After washing her hands, she returned to his waiting arms.

“Miss me?” she batted her eyes, then gave him a deep kiss. He looked down at the tent in his pants. “Hmm. Guess so.” With one tug, she yanked his pants down to his ankles. His engorged member stood before her. It was the biggest she had ever seen, purple and throbbing. There was just a little bit too much hair for her taste. She paused.

“Is it too big?” he asked, nervously.

“Oh no!” she replied quickly. “It’s perfect. I just love it when it’s completely shaven.”

“We can take care of that,” he replied hastily. “Let’s go to the bathroom.”

She grabbed him by his love muscle and pulled him towards the shower. “Disposable or electric?”

With great care and affection, they cleaned him up until he was free from any stray hair. Without any further interruption, she threw her lover onto the bed and pleasured him. He stretched her jaw but she found herself more than willing to accommodate. Within minutes, she could feel him pulsing inside her. She swallowed his seed, moaning through her own mental orgasm. When they both caught their breath, she crawled on top of him and pressed her head on his chest.

“Brought to you by the letter B and the letter J. And the number one!”

She laughed, putting her finger on his lips. “You’re such a goofball, Telly.”

K: Ho. Lee. Shit. Do I love this final twist, or hate you for conceiving it? Hot damn. This is pretty fun throughout, even without the twist; I can’t well rag on stories that completely rely on the twist if I don’t reward ones that have a twist but still offer a lot of fun in the meantime. I started chuckling during the teeth-brushing segment and never really recovered. GOLD

MN – A few challenges ago, I reward this kind of thing. This story works almost as well as that other one. It’s a bit too drawn out, though the hair thing worked pretty well when the reveal came. The Sesame Street gag was strong enough on it’s own that it’s almost too cheapened by this particular twist, going uber adult with it. A funny entry, and solid writing.

I fell just short of getting immunity and it was a very close vote. I received five votes for elimination but Shawn Ashley received six. I live to fight another day, though now with a huge target on my back.