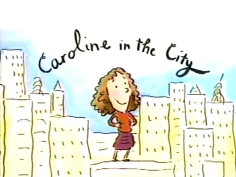 I watched this pretty religiously when it came out. I was hooked in by Lea Thompson because, you know, Back to the Future. Then 15 year-old me stayed because of Amy Pietz; I almost wanted to see Cats because of her. But eventually I stayed because of Malcolm Gets, who does a great job of playing Richard, the artist for Caroline’s comic strip. He’s got a sharp wit and evokes pathos with his (at first) unrequited pining for Caroline. Eventually, they end up together, then don’t, then do, ad nauseum. And the supporting cast isn’t terribly funny, so yeah, not watching this again.

One thought on “77. Caroline in the City”