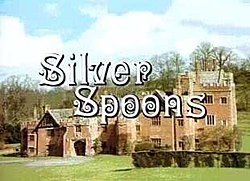 This sitcom is wholly terrible but I was so crazy in love with it when I was seven that I’m going to be kind to it. Ricky Schroeder moves in with the rich dad (he didn’t know he had) who has the heart of a child and the mansion of one as well, replete with arcade games and an enormous train set. How could a child of the 80’s not love that?

Anyway, Ricky is charming, but I can’t imagine I could stomach this now. It’s basically your typical recycled situational comedy plots with easy, lame jokes and the occasional special episode. I remember one where Alfonso Ribiero’s character turned out to have dyslexia. That wasn’t so funny.