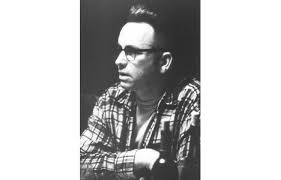 When rounding out my top ten, both of these guys came to mind and I couldn’t pick one over the other. In both cases, when I heard, I was like “Awww, man.” I haven’t even seen much of either guy’s catalogs. I really like Planes, Trains, and Automobiles, but otherwise a lot of Candy’s movies were either not good or his skills weren’t pushed as he played the big-hearted buffoon over and over. I have a feeling Candy could have done very well with some dramatic roles, or even some GOOD comedies. As for Ritter, I wasn’t able to get into any of his TV shows, despite finding him affable. But I loved his performance in Sling Blade. Scrubs dedicated an entire episode to its main character grieving his death (as Ritter played J.D.’s father), which was a nice touch.

I guess both of these guys were just really likable. While I wasn’t expecting either of them to blow me away with future roles, it was just sad to see them gone so young.