In the beginning, the universe was created. This has made a lot of people very angry and been widely regarded as a bad move.

My first taste of Douglas Adams came with Bureaucracy, one of my favorite computer games. I then read the entire Hitchhiker series in college. It wasn’t a month after I finished Mostly Harmless that I learned of his death. I began to scavenge anything else I could read of his, including his on-line presence. I bought The Salmon of Doubt  (an amalgamation of different writings he hadn’t published) as soon as it came out and grew more sad that he was taken so young.

Adams was an unapologetic atheist, but he was never cynical or angry about it. He had the ability to make friends with just about anyone. He seemed to be a genuinely bright, happy person who had a zest for new experiences. He did radio (Hitchhiker and Dr. Who), video games, books, played piano and guitar, and was an environmental activist. He was also a pioneer for Mac’s presence in Europe, and apparently was the first European to own a Mac.

When I was young I thought racing was incredibly boring, you know, the old joke about watching cars go around in a circle. Then my father introduced me to the personality of Dale Earnhardt. He was know as “The Intimidator.” While I liked his competitive spirit, I think it was more than just his racing attitude that drew me to him. Out of the car, he was quiet, reserved. When he did talk, he was coy, but honest. At the beginning of his career, he was widely hated by other drivers because of his arrogance; as he grew older, the arrogance completely faded and he became just as widely respected for his commitment to the sport and his level-headedness.

Part of me thinks I really liked the guy because he reminded me of my father. They were the same age with similar temperaments and humor. They also both loved to ride bumpers of anyone in their way. Regardless, I almost never missed a race from 1995 to 2001. I played NASCAR 2 for the computer, and once went to the NASCAR simulator at the Mall of America. I even played fantasy NASCAR one year. The sport surpassed my love for baseball.

And then it all collapsed. 2001 was hopefully going to be a comeback year for Dale, who hadn’t won a cup in many years. His team was strong. Down the final stretch of the Daytona 500, he was following teammate Michael Waltrip and his son Dale Jr to the finish line. And then what looked like a ho-hum spin-out into the wall led to instant death as his neck snapped.

I haven’t seen a race since.

My grandma cried that day, and she was not one to get wrapped up in celebrities, save Stan Musial when she was a kid. I called my dad to make sure he was doing okay. It was a very bizarre time, feeling so wrapped up with this man we never met whose main contribution to society was driving around in a circle.

If you’ve been counting, we’ve reached ten celebrities. But along the way I had added one I forgot about. So come back tomorrow for number one.

I don’t think I officially appreciated Ebert until I was in my mid-twenties, when my taste in movies finally caught up with his. It got to the point that I would exclusively look at his review when debating whether or not to see a movie I was on the fence about, because I almost always agreed with him. I always admired his dedication and his passion for his job. He was never cynical about what he was doing. Sometimes his reviews could be scathing or his opinions about the directors cynical, but you could tell he loved every minute of the review process (and compared to many critics, like Leonard Maltin, he never believed the golden age of film was in the past; he was always excited for the future). Hell, the guy continued to pump out multiple reviews per week after he lost his voice and most of his ability to move his body. He even wrote a blog post saying goodbye to everyone just two days before his death.

While I don’t watch as many movies as I used to, I appreciate them more, and that’s thanks in part to Ebert. Through his writing I appreciate things I used to ignore, and not be so forgiving of lazy filmmaking. And he occasionally made me laugh, too. We all saw his death coming for 11 years, but his death meant no more movie reviews. I wonder if I’ll ever find another critic I enjoy so much.

The only person on the list to die before I was born. My father had told me multiple times the story about how he had tickets to see Croce in concert shortly before his plane crashed. It never hit me until I actually listened to his albums just a couple of years ago. His voice was smooth as silk and he was a master folk lyricist. He said he was retiring after that tour, so perhaps we never would have had more Croce albums to listen to, but somehow I doubt it. 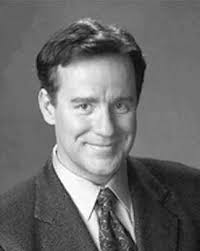 The oldest death in this list. I more or less worshiped at the comedic altar of Carlin when I was a teenager. I found his general disdain for all authority very appealing, and his crazy antics made me laugh without fail. I saw two of his HBO specials live (You Are All Diseased and Life Is Worth Losing), and watched his final special about three weeks before he passed.

His death was not the least bit a surprise. He had three heart attacks, multiple angioplasties, and long-term chemical addictions. I actually thought he wouldn’t make it to 70. His last special, while funny, was also kind of sad to watch. He stuttered a lot, lost his place a couple of times, and just looked really tired. Despite this, it still hit me when I heard the news. You just knew the guy would do specials until he died, and I was hoping he’d be providing comedy for a long time.

That said, I don’t really watch his stuff anymore. I’m older and his stuff just doesn’t resonate with me like it did when I was younger. I’m less cynical about people now and I tend to appreciate comedians who are more laid back and smile while doing their jokes. But he inspired Louis C.K., who I think has taken the best of Carlin’s act and improved it three-fold. So thanks, George.

The only death on this list I learned via iPhone on my Facebook feed. I was in a room of people and exclaimed “Ah, shit!” as soon as I read it. One of my favorite actors, I liked him instantly when I first saw him in Scent of a Woman. I’m not a huge movie watcher, but I managed to also catch him in The Big Lebowski, Patch Adams, and Happiness. I didn’t really care for the last two movies in that list, but I vividly remember his performances. So far I have managed to miss Capote and Moneyball, though I want to see both. I had just watched Catching Fire when I heard the news. Even when the guy got a handful of lines in a movie that wasn’t going to win him any awards, he nailed his performance. I hear he had already filmed his scenes for the third Hunger Games movie. I’ll watch that, if nothing else, to see Hoffman one more time.

Another posthumous reaction from me, as I certainly wasn’t listening to him when I was ten years old. I was introduced by a friend, and Vaughan (in addition to John Fogerty) was responsible for my love of guitar music. The Sky is Crying and Texas Flood are two of my favorite songs. Pride and Joy is pretty awesome, too.

I had a speech teacher in college whose office was a shrine dedicated to Jimi Hendrix. If you even hinted that Vaughan was a better guitar player you might risk getting a lower grade. I don’t really see the point in debating it, as they’re both obviously incredible. Their styles are also different. I prefer Vaughan’s, and I still have never seen anyone handle a guitar with such speed and grace. I really wish I could have been collecting his music for decades.

If Puckett had died in 1992, he’d probably be at the top of this list. I’ve loved baseball since I was six and I revered Kirby. He was one of the best players the Twins ever had. He hustled. He was always smiling. And his body was so oddly shaped that you thought, heck, if Kirby can become a major leaguer, maybe I can too.

Unfortunately, he died shortly after his near-perfect public image was shattered by domestic disputes and criminal charges. Despite being exonerated on all charges, the ideal of Kirby was gone. He ballooned to over 300 pounds. He became just a regular dude who I rarely ever thought about. Still, when the news of his sudden passing came, it was a sad day. If I had any celebrity childhood hero, it was him. And a part of me hoped that someday he’d somehow win our hearts again.

Kirby is the only celebrity on this list that I’ve met. At the 1994 NBA Jam Session, Kirby was signing autographs. I was sicker than shit and waited in line for almost an hour. I remember Bill “Boom Boom” Brown was signing autographs, too, though I didn’t know he was at the time. I got Kirby’s autograph on one of his baseball cards (which is still encased in a hard plastic case). I shook his hand and got up the nerve to talk to him. I asked him if he was glad that the divisions had been realigned and that they’d get to face the Cleveland Indians more often now. I was thirteen, oblivious, and assumed the Indians would be terrible for all eternity. Kirby just smiled and explained that they have some good players coming up and that they’ll probably be pretty tough. I thought he was just being polite. Whoops.

This reaction was definitely post-mortem. When Ledger died, I had only seen The Patriot and barely remembered him. However, I was blown away by his performance in The Dark Knight. I also recently saw Brokeback Mountain. Talk about range. This guy could have had a really special career, and I am saddened that I’m going to miss out on it. And that he felt he needed all of those benzos to feel relief.