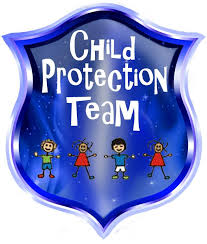 “Mrs. Harris, I doubt you would intentionally harm your child.”

“Still, the tox screen was positive. Get sober, and we’ll help him return home.”

Susan almost regretted sneaking cocaine into Tyler’s sippy cup. However, she would do anything to save these children.

K: Here’s one of our trademark cynical stories. I think this can work, but the reveal is kind of awkward and it feels like “Exposition Hell,” as those in the business call it. The characters feel more like cutouts and cliches than real people, and it’s hard to score as a result. BRONZE

MD: Hm. Someone’s trying to appeal to the social worker in me. FINALLY. I like how this starts off with Mrs. Harris and Susan possibly being the same person, only to develop (as slowly as possible in 59 words) into a story about a social worker Gone Bad and spiking a kid’s drink. She tries to justify it with good intentions, but jesus. What if Tyler had actually used the sippy cup!? BRONZE

W: Oh my. What a way to capture the twisted logic in the minds of people struggling with addiction (or other mental health problems). I thankfully don’t know much about the CHiPS program, but how much unsupervised time would a mother have with her son to be able to pull this off? GOLD

For the record, Susan hates people who do drugs, but by itself that’s not always enough to remove a child from the home. So she makes sure the kids fail tox screens so she can rip them away from their parents. Also, for the record, I am not aware of a child protection worker ever doing this, anywhere.

My scores were also good enough to land me in fourth place for the season! The playoffs begin Monday, and I get to write about a rebel.