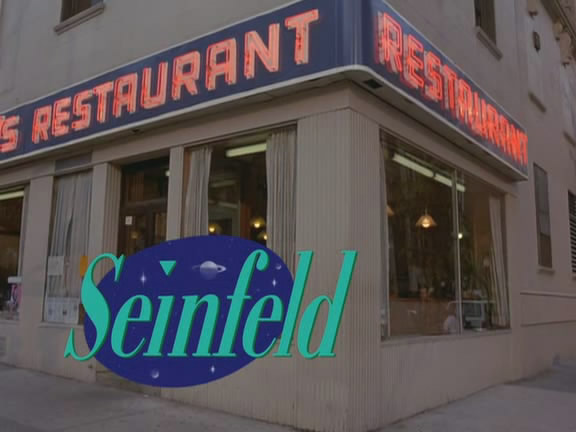 When I was a teenager, Seinfeld was probably in my top five. I watched nearly every episode, most of them the night they aired. I laughed constantly. It was a breath of fresh air: a sitcom where the characters are selfish, don’t learn from their mistakes, and generally don’t get happy endings.

Some plots were refreshingly esoteric, like the The Soup Nazi, or The Parking Garage. Some were awesomely up front and gross about sexuality, like The Contest or The Sponge. I also loved every scene with George and his boss, George Steinbrenner of the Yankees. And my favorite part of the show was when characters would argue over the most banal things in life like the proper way to eat a candy bar.

Thing is despite my love for the show at the time, I have a really hard time watching it now. For a while I thought it was because the characters are all unlikable, but that’s true of many more shows these days. The directing is good and the writing is fairly tight, but not as tight as shows it inspired like Arrested Development. I think the main reason is that I just dislike the acting. Seinfeld, Alexander, and Richards all annoy me at times beyond the annoyingness of their characters. I haven’t liked any of them in anything I’ve seen them in, which for the most part includes Jerry’s standup. I can’t say that has retconned my opinion of the show. I just think I enjoyed it when it was fresh and new and now that I’ve seen better stuff, it feels dated.

I remember vividly the day I watched the episode where Susan died from licking envelopes for wedding invitations. I was so viciously angry at this episode I went all over Prodigy message boards and righteously ranted about how callous and irresponsible the writers of the show were. I think at one point I wondered if I’d ever watch another episode. That was ridiculous of course, especially given the fact that George shrugging his shoulders and going out for coffee after he learns of his fiance’s death isn’t really out of character for him. I think I just wanted the show to be more than it was. Now that I’m no longer a stupid teenager, I still don’t find that episode funny. I did enjoy the finale where everyone goes to jail over violating a Good Samaritan law. That was a fittingly preposterous ending.