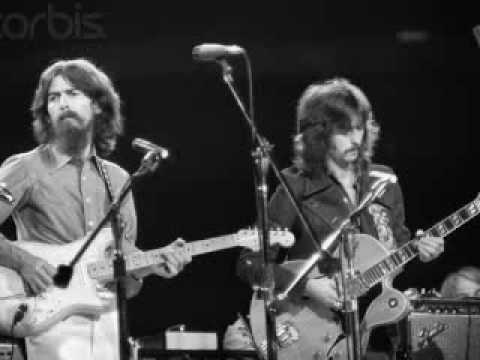 95: Everybody’s Got Something To Hide Except Me And My Monkey

Verdict: I’m still not sure why John refers to Yoko as his monkey, unless he’s referring to her singing voice. Either way, the song (especially the ending) is a bit harsh with the percussion and shouting. But I can’t help but sing along to, “Come on take it easy!”

Verdict: I love how morbid this is; pining angrily for a girl who is grieving the death of her boyfriend is definitely not your typical pop song. I kind of wish John had sung this solo. Paul’s singing kind of gets in the way for once.

Verdict: Significantly better than the “shoo-be-doo-wah-wah” album version, this was has the anger the lyrics need. Even the ending is way better, with John screaming “All right!” over and over. I’m lukewarm on the lyrics themselves. The pacifist message is somewhat muddled.

Verdict: I prefer the World Wildlife Fund version of this song a bit better, which I’ll talk more about soon. What really bothers me about this version are Phil Spector’s orchestral and choral overdubs. I can really see why Paul wanted to re-release this album in the 90’s. Spector mutilated so many of the songs. For what it’s worth, John accused Paul of ruining this song in the studio. Tsk tsk.

91: While My Guitar Gently Weeps

Verdict: When I first got into The Beatles around 2003 and heard this song I was crazy about it. Shortly thereafter I created a Top 100 songs list and I had this pegged around #25. Not of The Beatles, but of all the songs I had ever heard in my life. I remember reading a fan site at the time that railed against this song as overrated trash and I was beside myself. Funny thing, though, as time has gone on I like it less and less. I don’t really care for the lyrics at all. While rhyming the words ‘diverted’ ‘perverted’ ‘inverted’ and ‘alerted’ is a bit inspired, it just doesn’t sound pleasant coming out of George’s mouth. However, I still am crazy about the guitar playing. It helps that Eric Clapton is on lead. The fade out is very pleasant with the gentle “yeah yeahs” being drowned out by that weeping guitar.