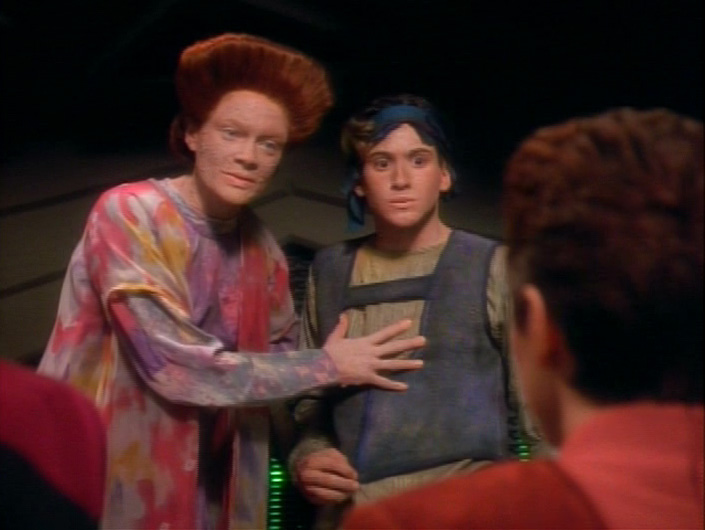 Synopsis: A group of refugees come through the wormhole in search of Kentanna, their fabled homeworld.

Review: A straightforward episode about refugees and Bajor’s unwillingness to help. I like that they had an episode where the universal translator takes time to catch up to a foreign syntax, just to remind us that English doesn’t somehow permeate the Gamma Quadrant.

Other than that, not a terribly engaging episode. The female dominant race was done in Angel One on TNG, and like in that episode it’s just played for amusement and does not play a significant role in the story. At least Riker isn’t around to bang the leader.

A happy ending for the Skrreeans would have been a surprise (as opposed to the sad ending, which the producers considered bold and a twist, apparently), and would have forced the writers at some point during the series run to utilize them again as there’d be 3 million of them sitting right there on Bajor.