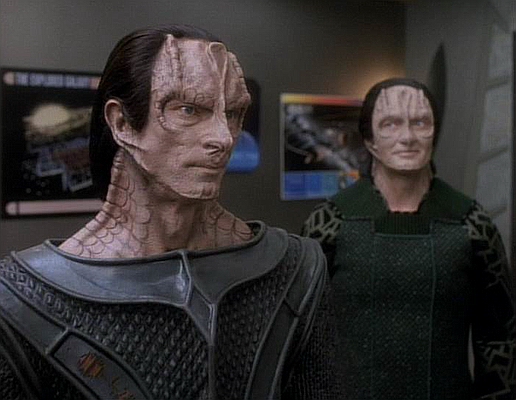 Garak is back! Finally! He helps take a show about orphaned Cardassian children and makes it dynamite. His friendship with Bashir grows stronger, and his own character develops as well, as he’s forced to help Bashir with the orphaned children, not just to get back at Dukat, but to help his own conscience. He’s still as evasive and wry as ever, and it’s hard not to grin whenever he’s on screen.

I also love that O’Brien’s deep-seeded hatred for Cardassians is revisited. Colm Meaney does such a great job with it, just like he did in The Wounded. You can tell he doesn’t want to feel that way, as he says all the right things, trying to fool others as well as himself. We understand he’s the kind of racist who tries really hard with individuals, but when discussing the entire race, just can’t help himself.