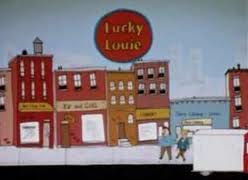 I watched most of this show long after Louis became famous and after watching his wildly successful show Louie. It’s very raw. It’s set up like a traditional multi-camera situational comedy, which I’m sure Louis meant as satire, but doesn’t rise above what it’s trying to satirize.

Louis’ funny and brazen material is present, but the direction is poor and his acting skills are not what they are today. A lot of the jokes are lifted straight from his stand-up (back when his stand-up wasn’t as good) and aren’t always organically introduced into the show’s plot. Still, each episode has a couple of laughs.