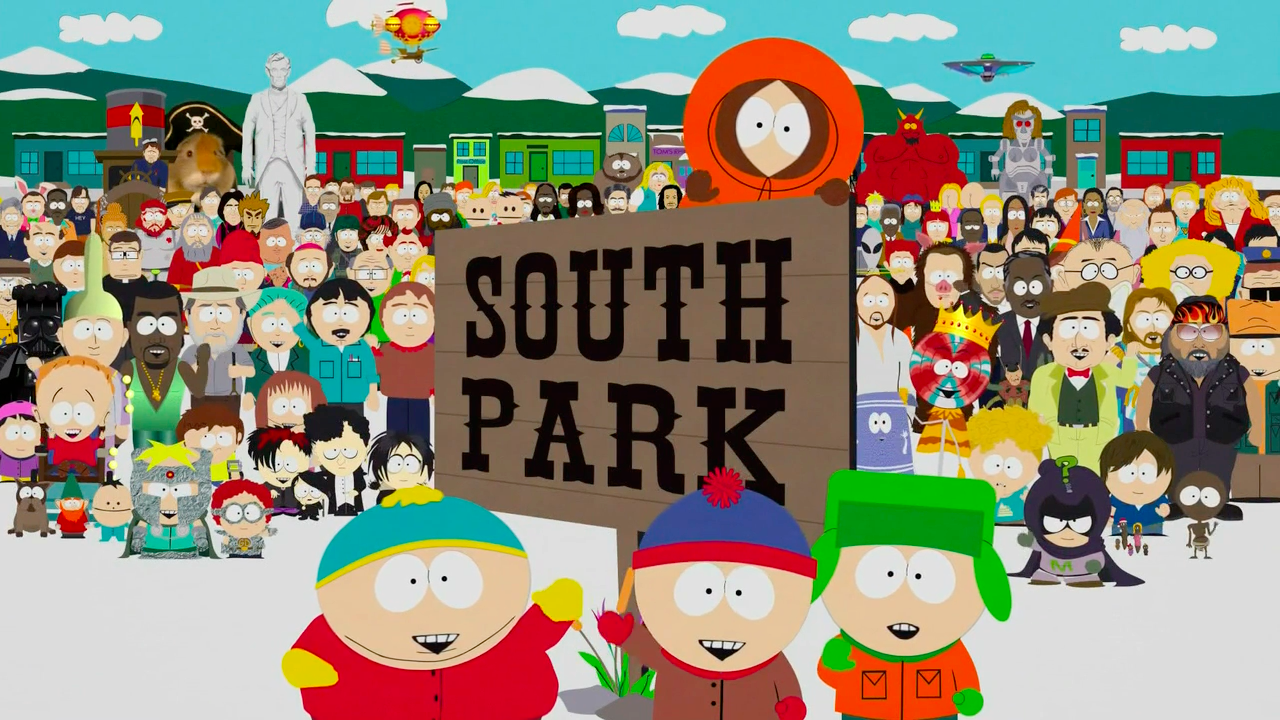 There’s a picture of me in my senior yearbook of me wearing a T-shirt titled “The Many Deaths of Kenny.” It’s quite gruesome.

I fell in love with this show the minute it hit the air. “Ike! Ike! Do your impersonation of David Caruso’s career!” and “My name’s not Billy, grandpa!” are favorites as well as, “How do you know she has a cat?” In fact, it was regular viewing at our household. My Dad loved it at first until the Terrance and Phillip April Fool’s episode. My grandma even watched the episode where the elephant makes love to Cartman’s pig Fluffy. She giggled several times. Ah, good stuff.

My watching of the show has ebbed and flowed over the years. For me Stone and Parker spend too much of their time eviscerating celebrities they hate that sometimes I feel like their forgetting to put in jokes. That said there are just so many belly laughs that I can’t be too hard on it. The show really picked back up again once they introduced Butters. The episode where he accidentally becomes the playground pimp is brilliant. I also remember a hilarious one where they end up hiding inside cadavers at the morgue, but I can’t figure out which episode that is or if I’m making it up.

Of course, the movie is pretty great too.