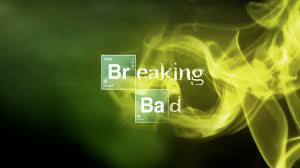 A year ago at this time I had just finished season one of this show. My wife and I decided to watch it over Thanksgiving break and I think we watched like eight episodes in two days.

Bryan Cranston is something special. He has a gift for physical humor which is a huge relief for this show with how intense it gets. (The first season where he and Jesse are carrying the dead body in the driveway and into the house is hilarious.) And I truly buy his transformation from high school science teacher to bumbling drug dealer to kingpin. The writers also do an excellent job at building appropriate tension without going for over-the-top or using manufactured scares. The world Walter finds himself in is scary, but a lot of the fear is more subtle and the show’s mood captures that. Of course, there are showdowns where the stakes are higher, but they are appropriately spaced out so as to not get stale (or unrealistic).

The supporting cast is mostly good. Jesse’s character arc feels forced at times to keep him on the show, but Breaking Bad makes his continued presence feel more realistic than most other shows are capable of. And Giancarlo Esposito is fantastic. His Emmy nomination was well deserved.

Skyler has both good and bad moments, though unlike most shows of this ilk (see: Dexter), the main guy’s spouse actually changes and grows as the show moves along. Their kid seems like an afterthought most of the time in the script, and he’s the one character I feel like is used for plot’s sake and doesn’t have an interesting arc of his own. I felt the same way about Marie for a while too, but they develop her a bit in the later seasons.

Maybe I’ll do a top 20 moments of the show some day. There are so many great ones to choose from. Even the episodes where not much happens, like Fly, are really good character studies. I never felt like the show had a lot of filler or took episodes off. Everything right up to the final episode feels organic and I was satisfied with how it ended.

Speaking of endings, that was another long countdown. I have a several short ones lined up and I’ll do some more movie posts coming up here at the end of the year. In the meantime, what TV shows would you recommend I watch based on my rankings here? I’m between shows right now and would like to have another one to binge watch.