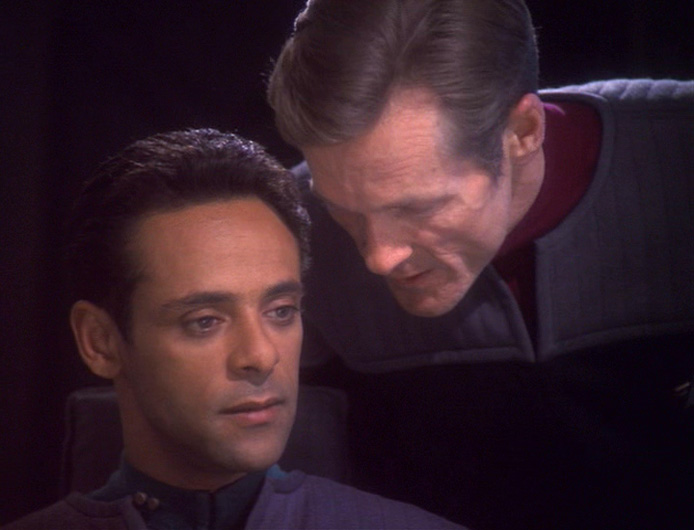 Synopsis: An officer from the Starfleet Department of Internal Affairs arrives on the station and accuses Dr. Bashir of being a Dominion spy.

Memory Alpha Summary: He’s just a spy on the holodeck

Review: If you can’t tell by now, it’s hard for me not to watch any episode of Star Trek and not compare it to something done on TNG. For the first half here, I kept thinking this was just a poor man’s version of Drumhead what with the abusive investigator with no evidence. But when it became clear that things weren’t what they seemed, I started to think it was derivative of Frame of Mind, but less suspenseful. And then in one fell swoop it became better than either episode.

I’m generally not a fan of retconning the quality of a work based on an ending. But unlike, say, The Usual Suspects, which comes at with you a surprise twist with a bunch of plot holes, this episode remains straightforward. When Sisko orders Bashir to say yes to Sloan the next time he asks him to be part of the Federation’s secret intelligence agency, chills ran through me and I grinned so hard my cheeks hurt.