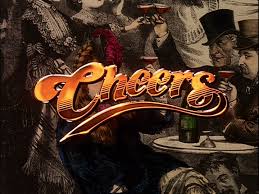 This is well-known, but it’s still hard to believe Cheers ranked dead last of all shows in its first season. Even harder to believe still is that NBC didn’t pull the plug. Even crazier is that the first season of Cheers is one of the best seasons they had. Smart dialogue and original plots without much reliance on easy jokes and catchphrases. Sadly, fans and the Emmy people fell for Carla and Norm a little too hard because of one-liners and thus stunted any chance for growth from them. I admit I was one of those people. I was also eight years old when I started watching. Rhea Perlman is a terrible actress, so it’s not like they could have done much else with her character anyway. But George Wendt has some range and I wish they had done more with him.

Anyway. Ted fucking Danson. I was listening to a show on the radio the other day that was a retrospective on his career. They mentioned there was a brief time where Danson was sick or had surgery or something and they were trying to write Sam out of an episode. And they couldn’t do it. He was the whole damn show. It just doesn’t work without him. Every single character on the show loves Sam. Every character plays off him. Shelly Long received top billing along with Danson for five years, and while she had the show’s second best character for a while, she couldn’t carry it. All of her best moments revolve around Sam. As does most everyone’s.

I did a countdown of the show’s top 20 moments and Sam is directly involved in 10 of them. The only other character that has more than a couple is Frasier Crane which shouldn’t be surprising. As Diane’s love interest Frasier was okay. When they broke up his character became more fun. And when Lilith came along they nearly surpassed Sam as the primary reason to watch the show. What you don’t see on that countdown is a single moment that stars Carla or Norm.

A long time ago I would have ranked this show number one. And while it still holds up very well today and the highs are still very high, the last several seasons had many weak moments and by the end they were just coasting. Plots were becoming ratings ploys. I was 12 years old when the show was ending and even then I felt gross about some of the writing.

One very warm memory that I have is lying in bed on a school night and waiting for Cheers to come on at 10:35 for a syndicated episode before The Tonight Show. I had a tiny little black and white TV. The screen was maybe seven or eight inches. I would hold it on my lap. The antenna was broke, and the only way I could get reception was to stick my finger in the hole were the antenna used to be. And I loved it.