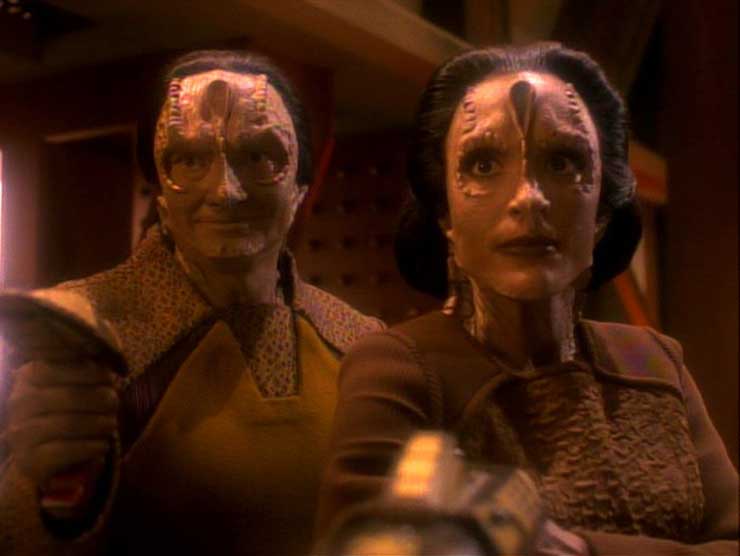 Synopsis: Kira is kidnapped by the Cardassians, who try to convince her that she is really one of them.

Review: Yet another mystery that involves the Cardassians, and once again they knock it out of the park. That Nerys may be a Cardassian who was a plant and doesn’t know it is a brilliant idea reminiscent of a Philip K. Dick story (in fact, Dick’s stories were an inspiration). Everyone is not who they seem in this episode, including Odo as a backpack. Garak’s character somehow gains even new heights of intrigue, as he’s no longer just a possible spy, he also shows he could be dangerous to his friends on DS9.

In the original script, whether or not Nerys was really a Cardassian was left up in the air. This sounds like a great ending, but it wouldn’t have worked. The Obsidian Order knew Nerys wasn’t Cardassian; otherwise, they would’ve used truth serum on her (first seen in Chain of Command) to get significant information about the Federation.