END_OF_DOCUMENT_TOKEN_TO_BE_REPLACED

Mostly a beat-by-beat remake of the original game Hero’s Quest (changed due to copyright infringement), Quest For Glory I updated the graphics and sound to match Sierra’s SCI engine at the time. While it’s easier to play, it also lost some of the charm in the conversion.

END_OF_DOCUMENT_TOKEN_TO_BE_REPLACED 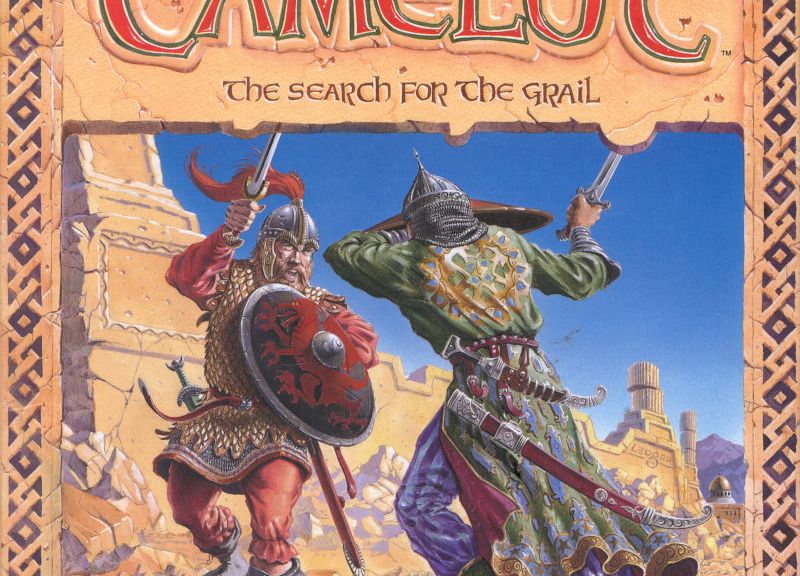 A well-researched labor of love by Christy Marx, Conquests of Camelot takes a fantasy world a lot more seriously than does King’s Quest. While in many ways a nice break from the usual Sierra adventure fare, it unfortunately bit off more than it could chew and is a mess on many levels.

END_OF_DOCUMENT_TOKEN_TO_BE_REPLACED

Fan-made remakes of games tend to focus on aesthetic improvements such as updated graphics and sound. DrSlash decided that King’s Quest IV was gorgeous just the way it was (and they would be correct) and left all that alone. Instead this version tries to modernize the game play to appeal to younger gamers. The experiment is mostly successful.

END_OF_DOCUMENT_TOKEN_TO_BE_REPLACED

Following the release of the interactive episode Bandersnatch by the Black Mirror folks, there’s been several copycats, including a similar episode of The Unbreakable Kimmy Schmitt as well as Minecraft: Story Mode. Naturally, this was also a vehicle ripe for plucking by the video game industry as well. While the structure of CYOA is limiting as far as gameplay, She Sees Red is a fun if sometimes confusing ride.

END_OF_DOCUMENT_TOKEN_TO_BE_REPLACED

Science fiction is at its best when it is used as a tool to explore the human condition. Science fiction games have an extra hurdle of not alienating players by making the sci-fi overly complex; to do so can disengage the player from the story. Frederick Pohl’s Gateway mostly succeeds at both before faltering in the final act.

END_OF_DOCUMENT_TOKEN_TO_BE_REPLACED

Many classic 90’s adventures have received a remake in the past decade, though Sins of the Fathers probably received the largest overhaul, not just to the graphics and sounds, but also to the interface, story, and puzzles. Because the story and main beats are mostly unchanged, this remains a strong adventure. But Jane Jensen and Co. swung and missed on most of the changes.

When I reviewed the original, I bemoaned the slow pace, extensive backtracking, and endless pixel-hunting. Thankfully, these issues were all improved. Gabriel moves much faster here. Puzzles are a bit more streamlined, requiring less travel. Objects are generally easier to find (including the ability to hit the space bar to highlight all clickable areas). There’s an optional, gradual in-game hint system. And they slashed the amount of icons necessary to interact with the world. In other words, they made the game more modern, more playable. Unfortunately, in making these changes a lot of soul was sucked from the experience.

END_OF_DOCUMENT_TOKEN_TO_BE_REPLACED

If you loved adventure games in the early 90s, it would be next to impossible not to like Kathy Rain. It takes everything that was great about those old games and in some respects makes them better.

END_OF_DOCUMENT_TOKEN_TO_BE_REPLACED

A very short, engaging, and creative little stroll through Edith Finch’s family tree and the curse that has followed the family for centuries.

END_OF_DOCUMENT_TOKEN_TO_BE_REPLACED

Lifeless Planet sold itself as a mostly stress-free platformer that focuses on story. While that turned out to be mostly true, there was not enough platforming and not enough story. Braid this is not.

The game’s beginning is intriguing and has the same sense of awe I had when I started Journey. Sadly, less than an hour into play I found myself become increasingly bored and underwhelmed. The premise is that you’ve crash landed on a planet believed to be full of life. However, you quickly determine that all life is gone (including your crewmates) and find evidence that Soviet era Russians had been colonizing this planet for years, though there’s no evidence they’re still around either.

The story does develop over the five to nine hours it will take the average person to play, but it is so freaking slow. So much time is just spent walking over vast expanses of land and the platforming that exists is generally repetitive, occasionally awkward (those geysers made me want to scream), and with very little in the way of challenging puzzles. This would be fine if the story plugged along at a nice pace, but sometimes you can go an hour without learning anything of note. Some people were moved by the story that is there. I was not.

The most frustrating part for me were the few levels that were dark. I even selected the in-game option of brightening the screen and it was still so hard to navigate some areas without straining my eyes. Darkness has its place in games to add to the atmosphere, but here it was just mostly annoying.

I got this when it was a free download off Epic Games. It was generally a nice diversion, but I have no desire to ever pick this up again.